So the trial went really well! YAY!! He had his very first Excellent Standard run! He didn't qualify but he did really well! He now has 2 Qs in Excellent JWW! That means he only needs one more and then he'll have his AXJ title! :D  That's pretty awesome! I'm so excited! Here are some pictures from the trial. I'll have the video link for you later. :) 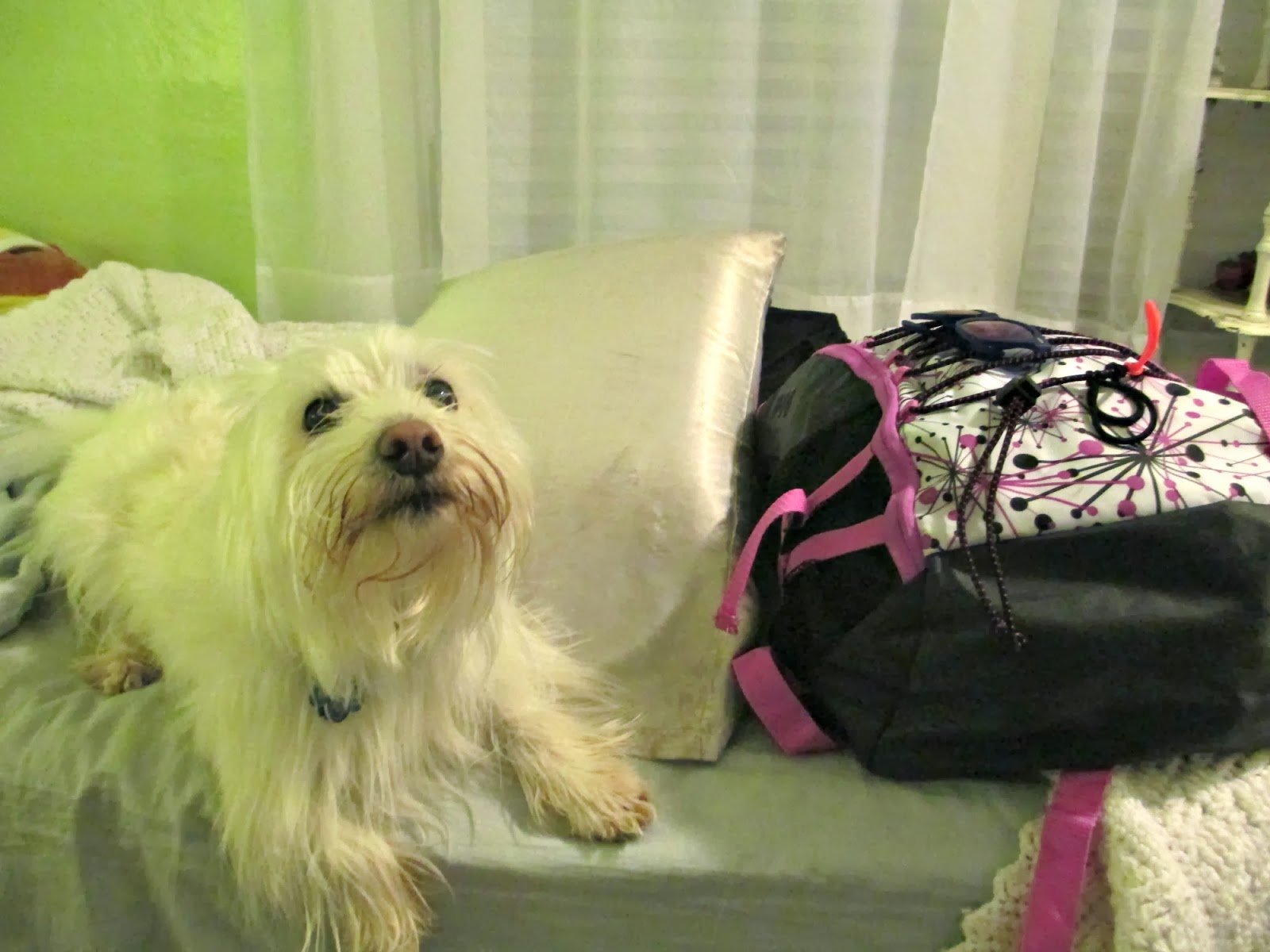 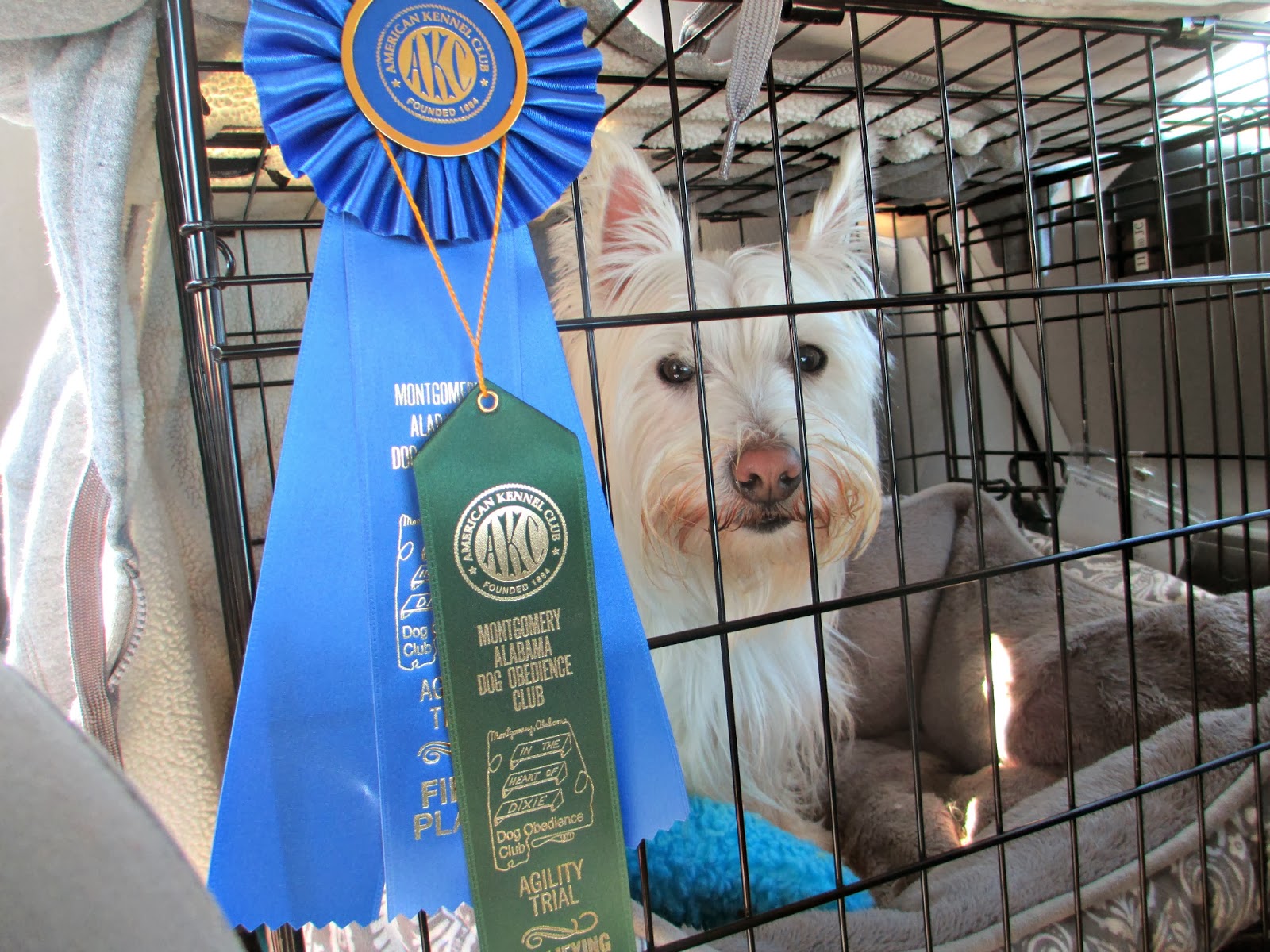 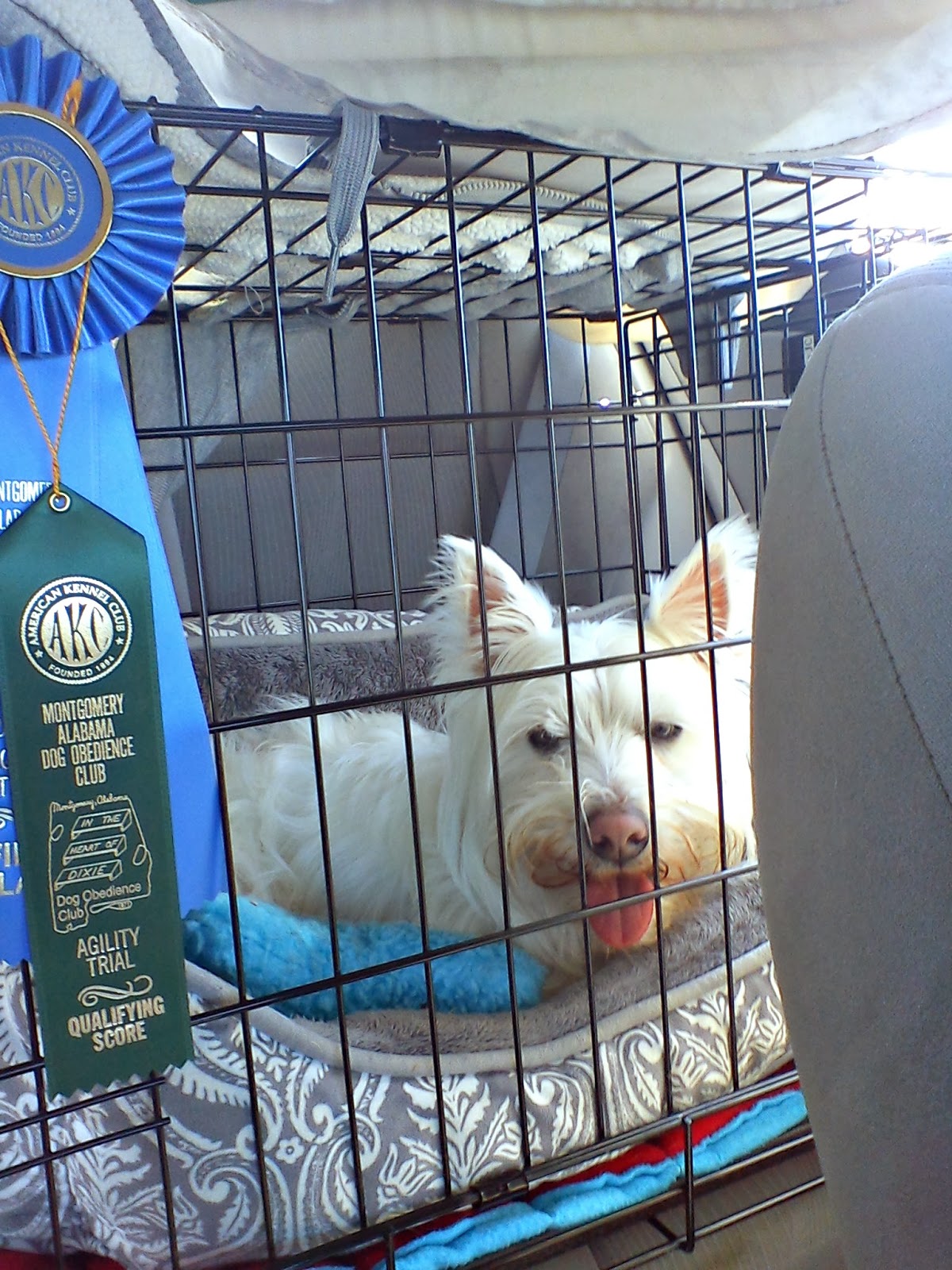 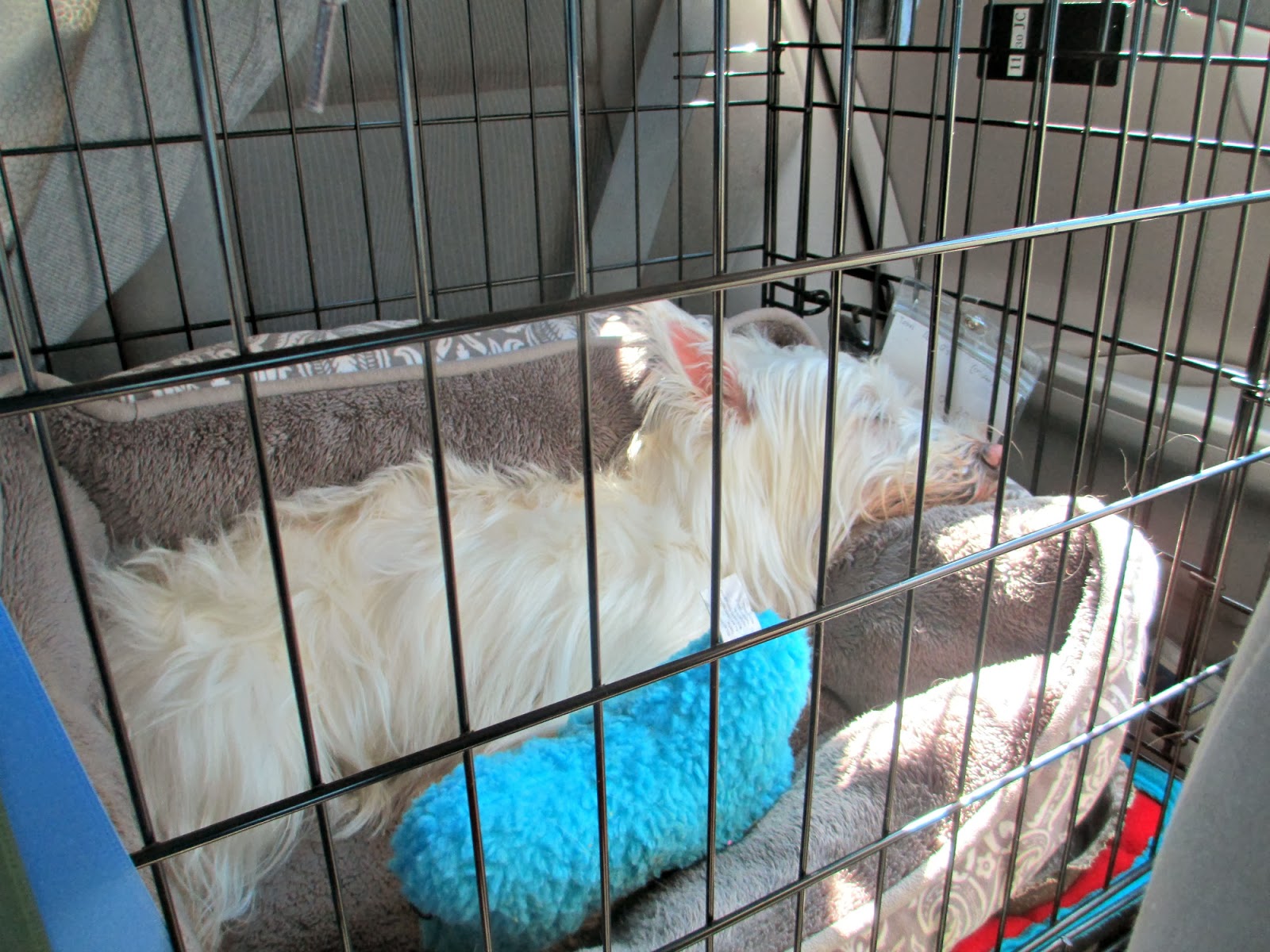 "I is worn out aftur 'Giwitys." 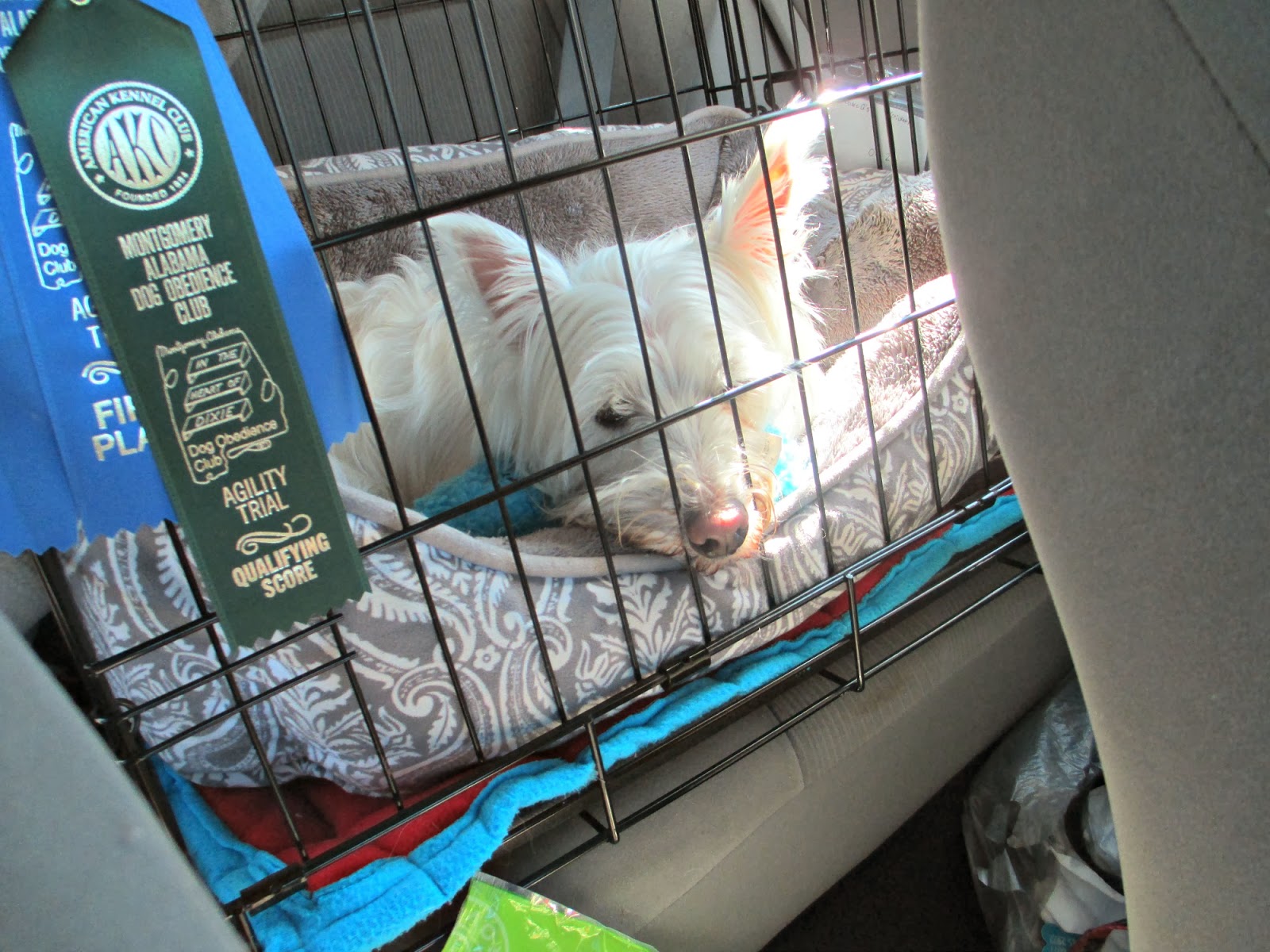 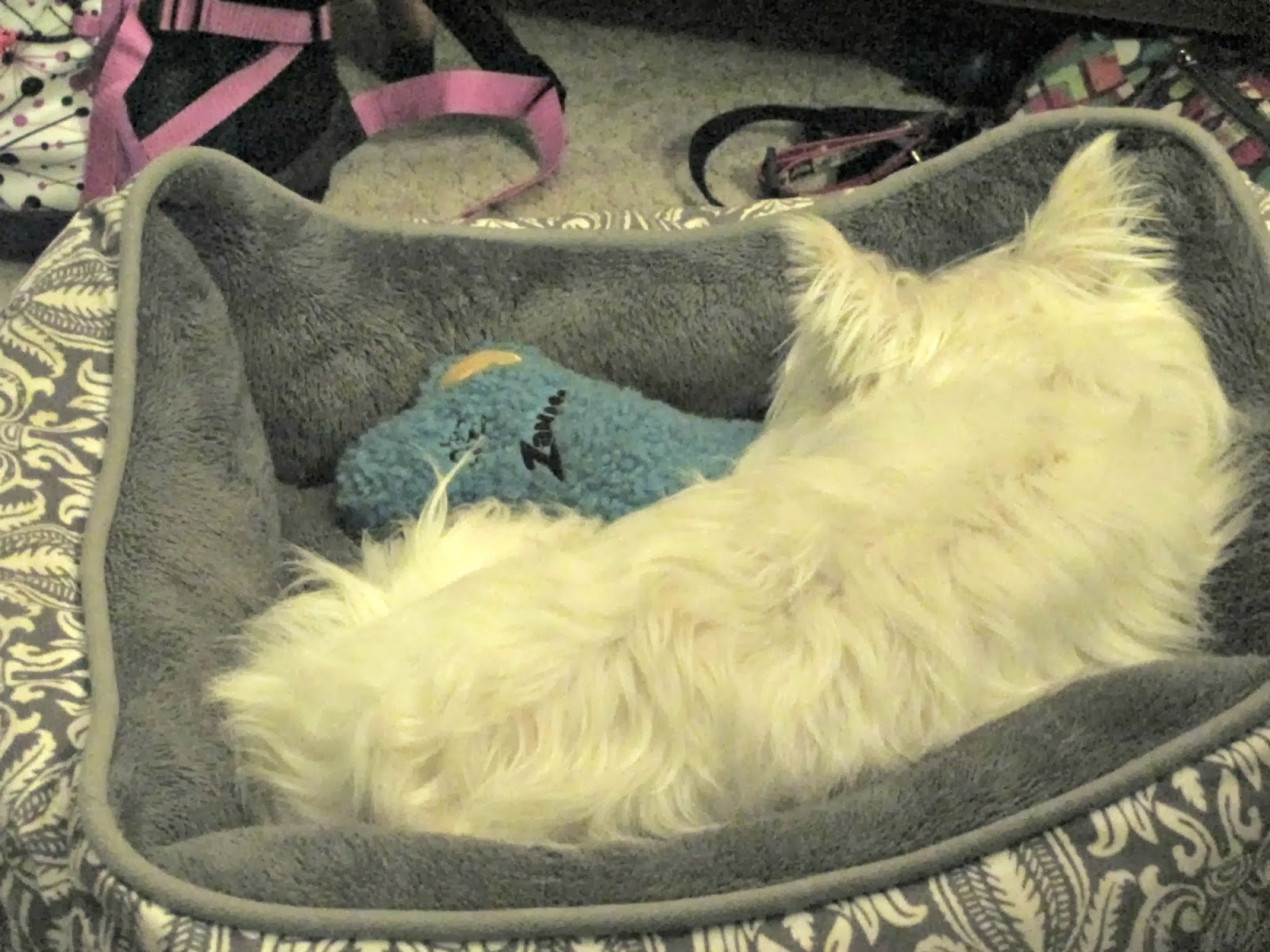 "I is snuggld up wiff mai toy dat I got at da 'Giwities!"

Thanks for reading! I made another video of Ripp so I'll make another post with links and with updates later.


Posted by WestieAgilityGirl at 5:14 PM 5 comments:

So I changed Cricket's ribbons and started hanging them in a different place. There's more room where I have them now so I won't have to box them up so soon. This is how I used to have them:

They were on bulletin boards. This isn't all of them. I was going to have to put some of these in a box to put the newest ones up.

So I moved them to hanging on string on a different wall: This is all of them! There's plenty of room for these and for more strings to be put up!
I like the way they look like this!

This wall is going to be the official ribbon wall!

Hopefully we'll have another ribbon or 2 from tomorrow's trial!
Wish us luck!!


Posted by WestieAgilityGirl at 8:23 AM 3 comments:

So I took Ripp to our vet today because they have to give him a standard exam before they can prescribe flea/heartworm medicine for him.
On the way there he was a gem! I've never seen another dog travel as well as he did! I was so glad that he wasn't super stressed.

Here's what he was doing on the way there: 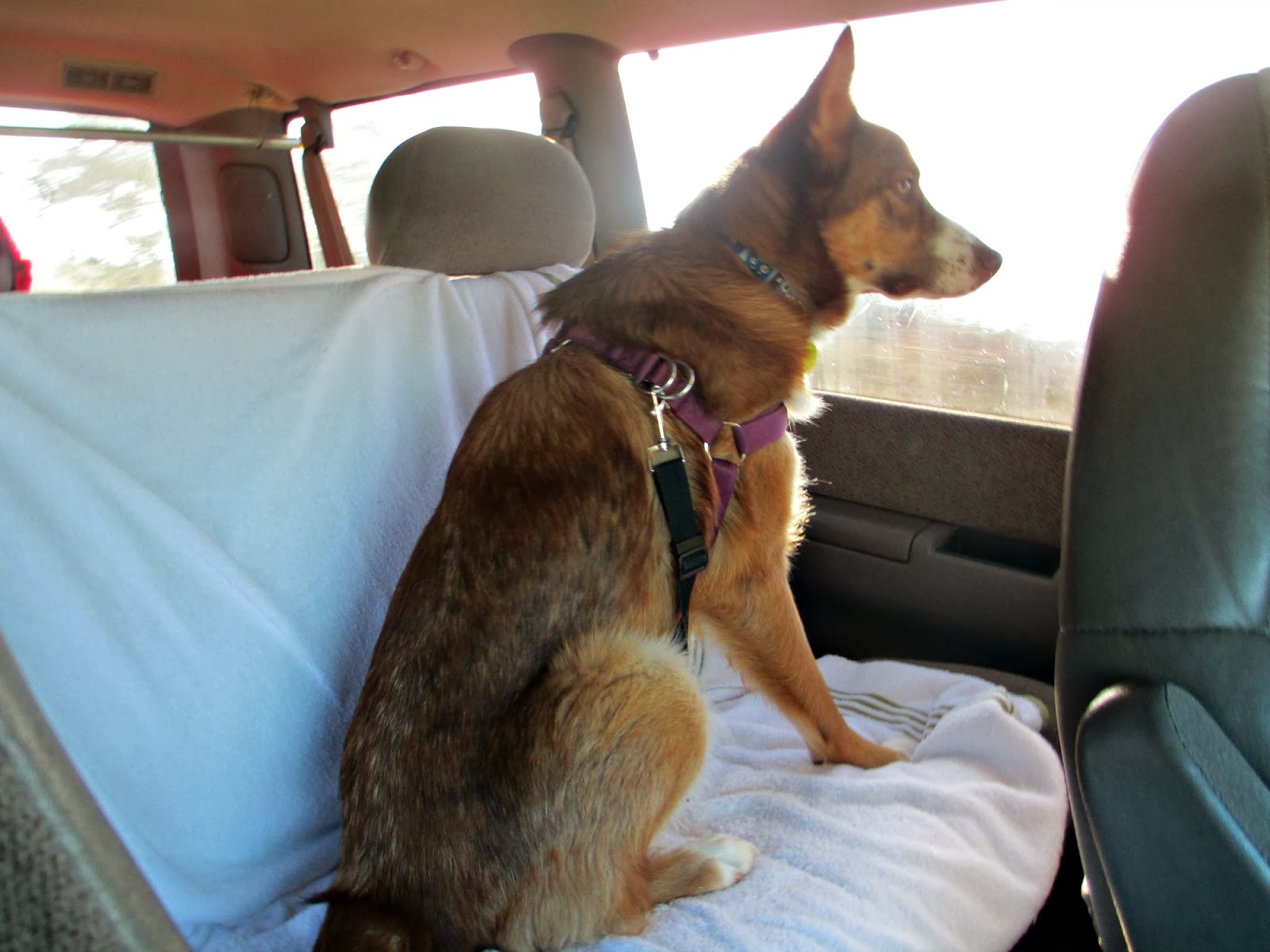 Then we get to the vet and he's just sniffing everywhere. He was really calm though! So the doctor did the exam and said "So his papers from the shelter say that he was born on 12/20/2011 but I highly doubt that he's that old. I think he's about 1 year younger than that!". I was amazed! So Ripp's only about 14-15 months old!! Ripp also got his first round of booster shots today (they did this because he is still so young and they figured that he hadn't had them yet.).
So we got his flea/heartworm medicine and came home. I just couldn't believe that he's so young! I'm glad, though, because that means I'm not getting as late of a start on agility training as I thought I was. :D

So he's feeling pretty dragged down right now. Booster shots do that. I remember them doing that to Cricket. It's pretty sad though because he's just been lying around all day.

This is pretty much what he's been doing ever since we got home: 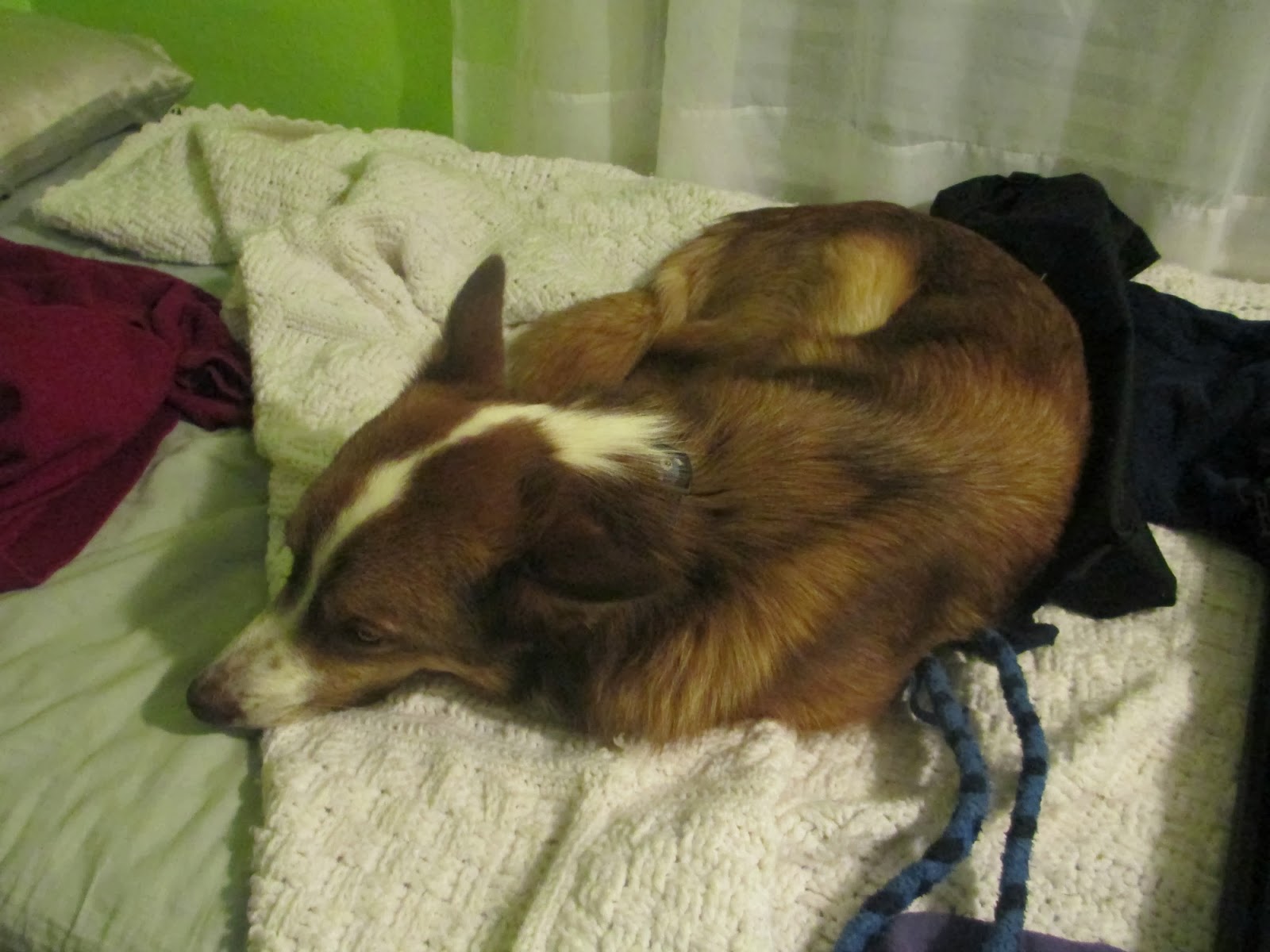 Here's the link to the video from Friday!

Click HERE to open video in new tab.
Thanks for watching! Hope you enjoy! 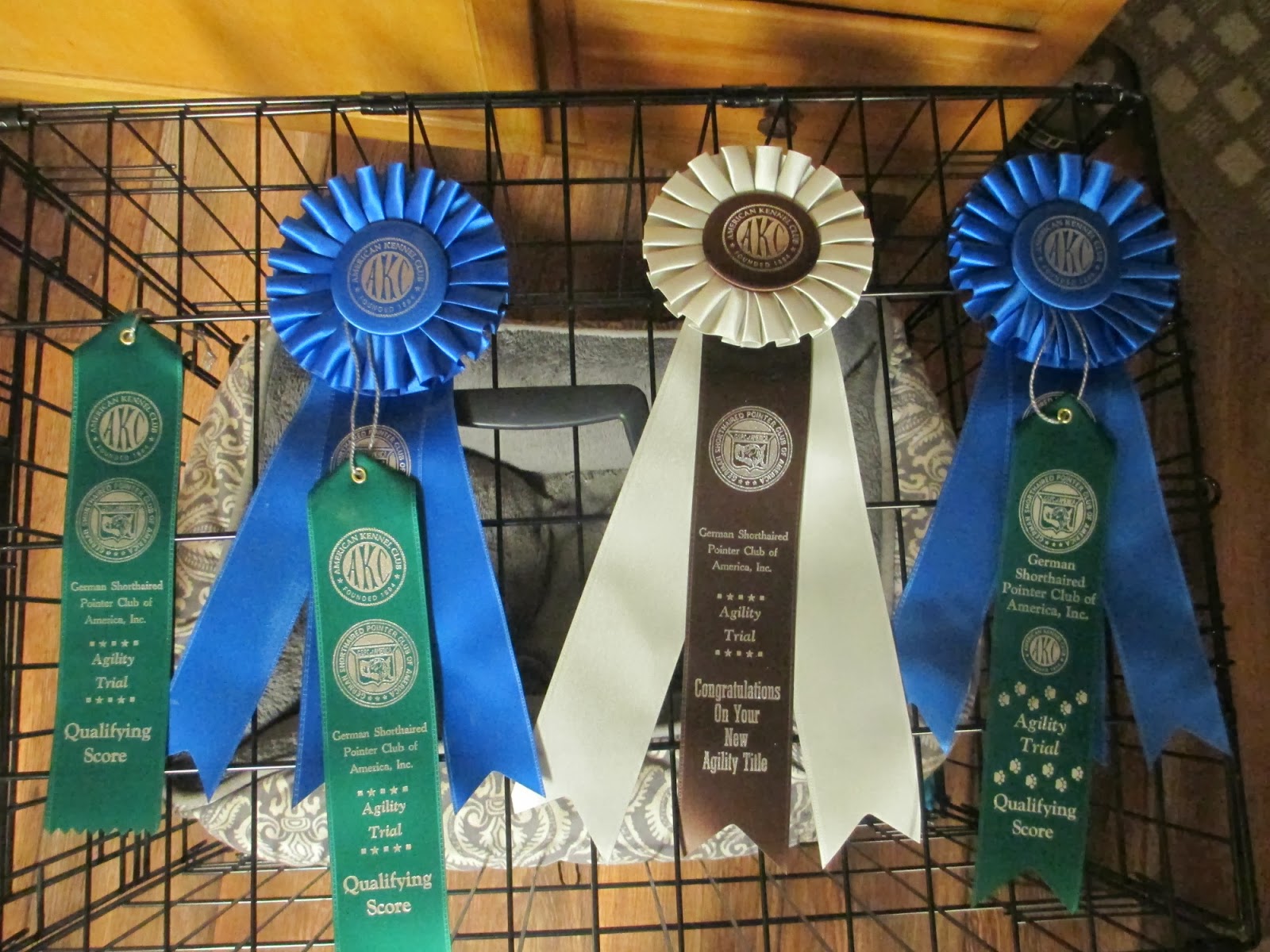 YAY!! I love the title ribbon! It's the first title that I've gotten that's brown/tan! They're usually brick-red/white.

Here are the course maps from from the trial(I scribbled on some of them)  : 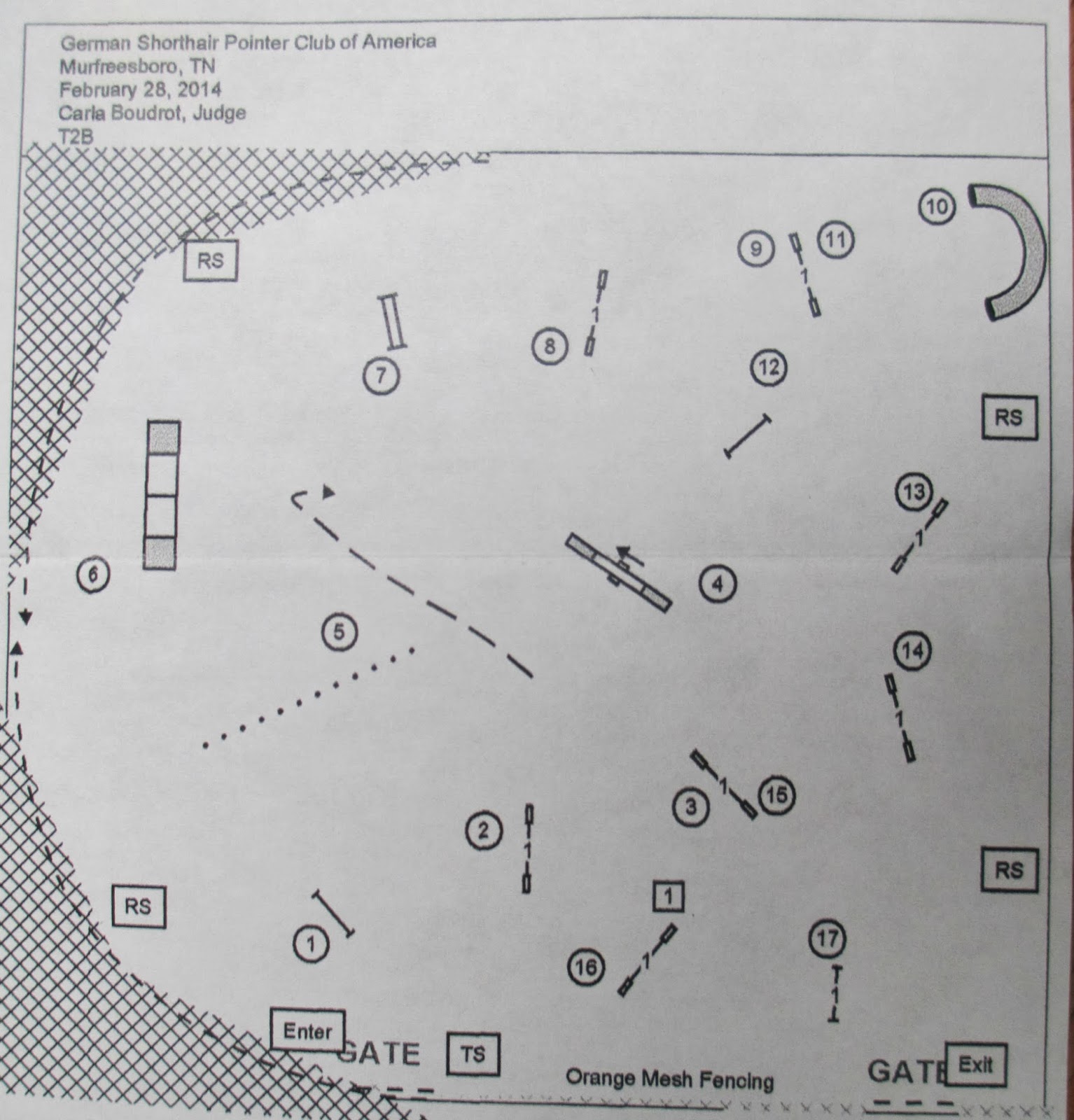 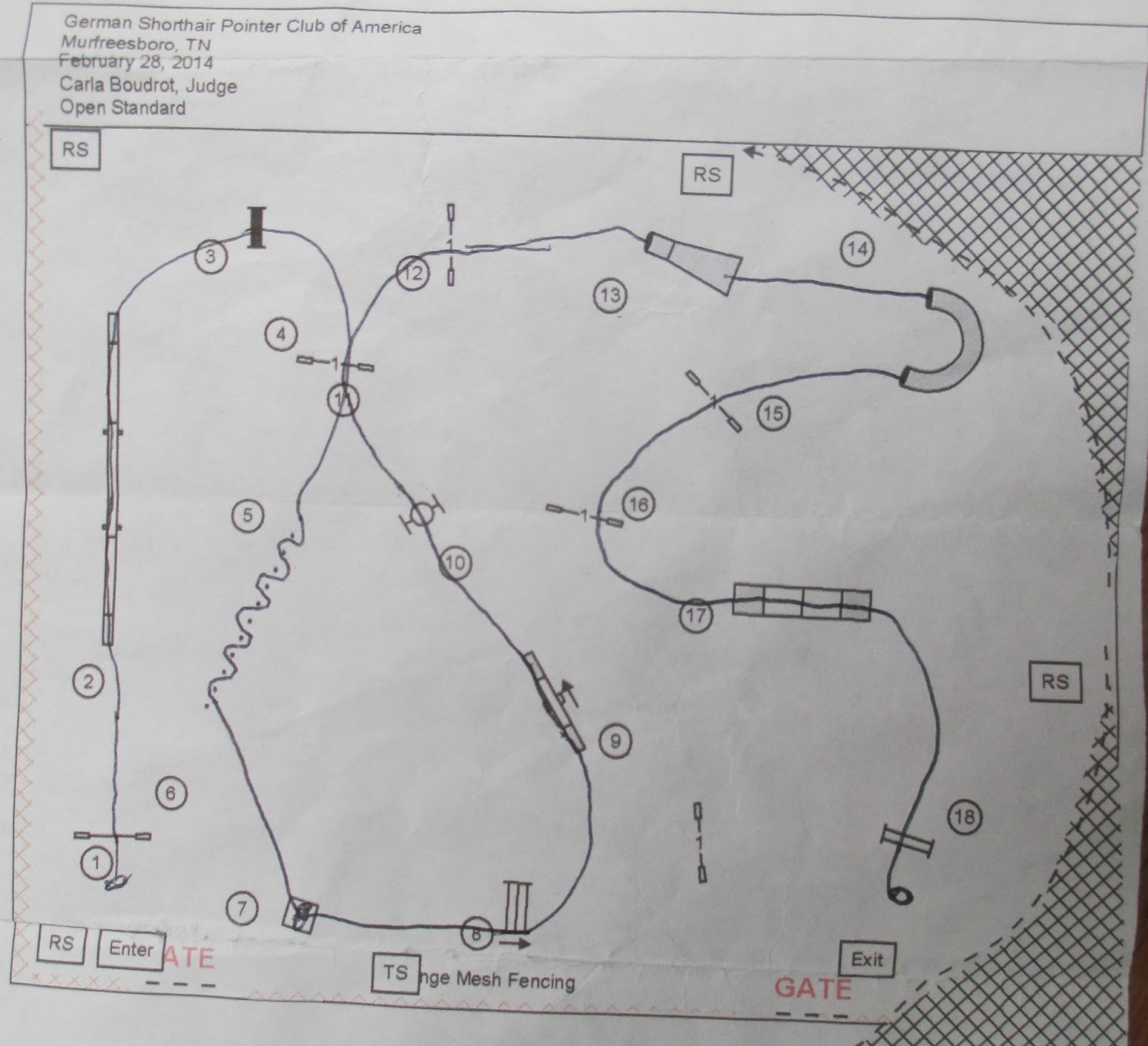 I scribbled on this one wrong. After the weaves, you have to go back over the jump THEN to the table. 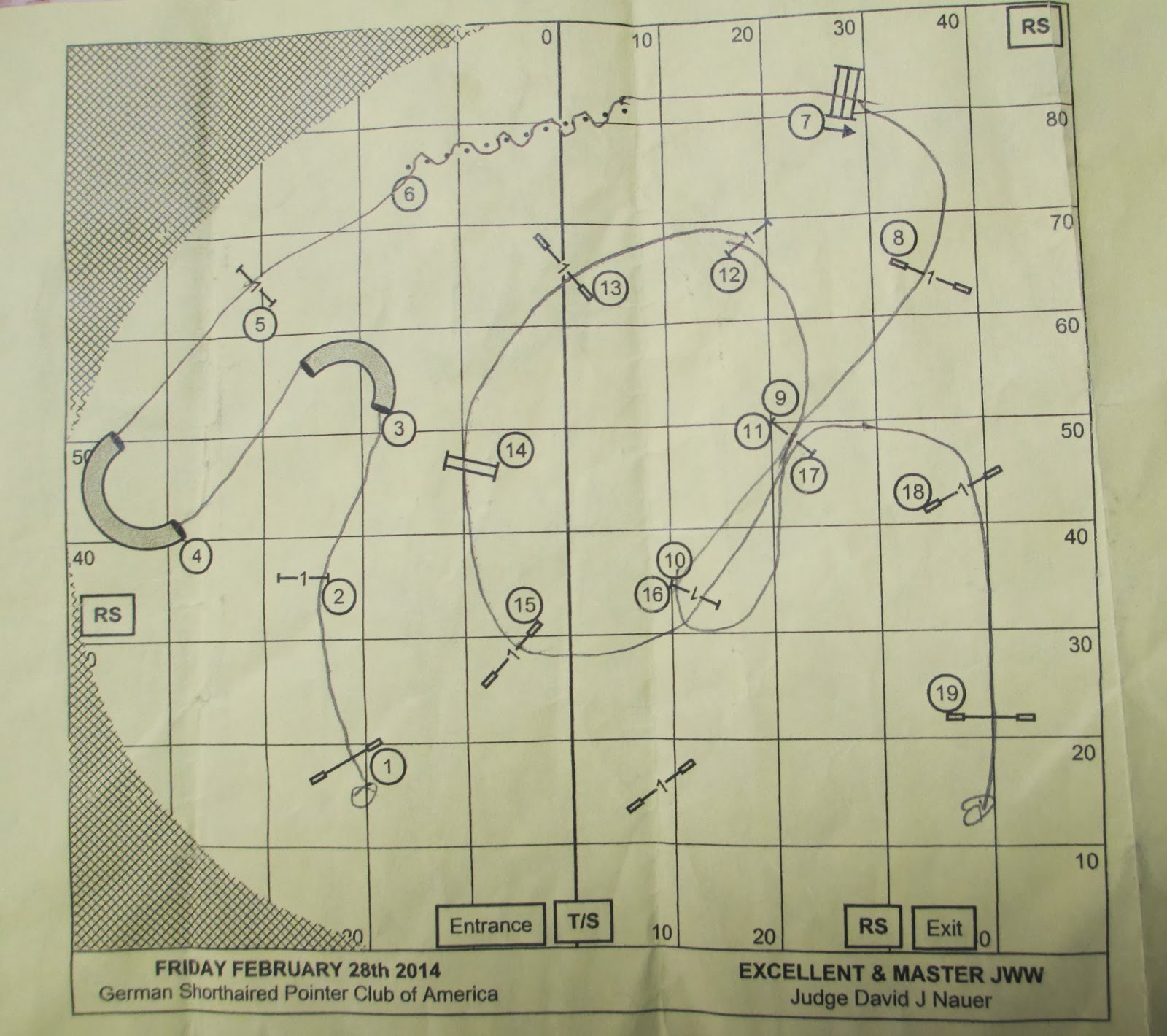 So those are the course maps! I have videos and have edited them but they're not on youtube yet so I can't link them yet. So I'll link them to here once I get them uploaded!  Thanks for reading!


Posted by WestieAgilityGirl at 7:39 AM 2 comments: